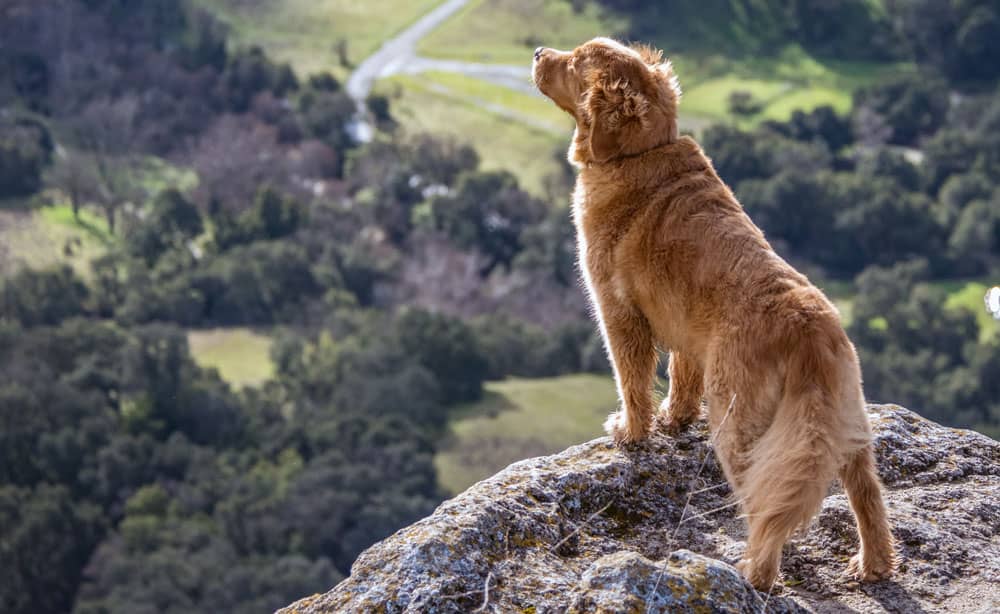 Tibial plateau leveling osteotomy (TPLO) is commonly performed to treat dogs suffering from cranial cruciate ligament (CCL) rupture. Clients often have questions regarding the benefits of this procedure, expected success rates, and why this surgery is recommended over other treatment options.

A general understanding of CCL ruptures, the TPLO procedure, and surgical alternatives can help facilitate these client conversations and ensure that patients get the care that they need.

The CCL provides valuable stabilization for the stifle or knee, serving a number of distinct purposes. It prevents stifle hyperextension, limits internal rotation, and prevents the tibia from sliding cranially during weight-bearing.

Cranial cruciate ligament rupture is one of the most common orthopedic injuries in dogs. Some cases occur acutely, due to trauma caused by a fall, hit-by-car injury, or other high-force injuries. However, most CCL ruptures are caused by slow, gradual degeneration of the ligament. In many cases, a CCL injury begins as a partial tear, progressing to a full-thickness CCL tear over time.

TPLO in the management of CCL rupture: surgical techniques

The TPLO is commonly performed in the treatment of CCL rupture. This surgical procedure is often recommended for large-breed patients, although some surgeons recommend it for all dogs with CCL rupture. At this time, there have been few controlled studies to provide clear indications for which patients are most likely to benefit from TPLO; surgical decisions are largely based on anecdotal evidence and surgeon preference.

The TPLO is designed to address CCL rupture by altering the biomechanics of the stifle. The tibial plateau in the dog normally slopes downward; this leads to instability when the CCL is ruptured, as the femur slides down the tibial plateau with weight-bearing. With a TPLO, the surgeon attempts to create a flat or level tibial plateau, decreasing sliding motion at this joint.

When performing a TPLO, the patient is placed under anesthesia and the surgeon begins by creating an incision craniomedial to the stifle and proximal tibia. The stifle joint is exposed, opened, and the internal ligaments of the stifle are evaluated. Damaged menisci and other injuries within the joint may be addressed at this time.

Once the joint has been thoroughly evaluated, a TPLO jig is placed to stabilize the bone segments prior to osteotomy. A curved TPLO saw is used to perform the osteotomy, detaching the proximal tibia from the distal tibia. The proximal tibial bone segment is then rotated into position, with its positioning precisely determined by evaluation of preoperative radiographs. Once the bone is correctly positioned, it is secured with a TPLO plate.

TPLO complications: infection and other setbacks

Overall complication rates after TPLO are estimated at 14-34%, although a second surgery is required in less than 10% of cases. The most common complications of TPLO surgery include infection (approximately 6% of cases) and implant loosening or failure.

Intraoperative risks include excessive hemorrhage from the popliteal vessels, while immediate post-operative complications include the formation or a seroma or hematoma. Wound dehiscence is also a risk, as in any surgery.

Severe, although rare, complications include tibial crest fracture, fixation failure, and patellar desmitis. These are all associated with a sudden onset of severe lameness.

Most surgeons feel that TPLO is the best surgical option for young, active, large-breed dogs. In these patients, the small functional improvement that can be seen with TPLO over alternative surgeries may make a significant impact on the patient’s overall quality of life and client satisfaction. Additionally, TPLO is typically associated with less progression of arthritis than other surgical repair techniques.

Dogs with a very steep tibial slopes on radiographs (greater than 30 degrees) may also benefit from TPLO instead of an alternative procedure. Alternative techniques may be less likely to succeed in these dogs, because their conformation is placing abnormal forces on the stifle.

Small-breed dogs that are older and less active are less likely to show significant advantages when treated with TPLO versus alternative procedures.

Alternatives to TPLO: TTA and other techniques

Alternative surgical approaches to CCL rupture include tibial tuberosity advancement (TTA), extracapsular repair, and the Tightrope® method. The TTA technique aims to restore the biomechanics of the knee, similar to the TPLO, while the other two techniques aim to recreate the function of the CCL.

In a TTA, the tibial tuberosity is advanced to alter the positioning of the patellar ligament. This procedure is appropriate for large-breed dogs, like the TPLO, and offers similar advantages and disadvantages as the TPLO. The decision of whether to perform a TPLO vs. TTA is often a matter of surgeon preference.

Extracapsular repair (also known as lateral fabellar suture stabilization) aims to recreate the function of the CCL using a heavy, monofilament nylon suture. This suture is placed outside the joint, but in an alignment that is similar to that of the original CCL. The suture aims to stabilize the joint until sufficient scar tissue can form around the joint to impart further stability.

Young and large-breed dogs tend to experience a higher complication rate with this procedure, but it is often considered to be effective in cats and small-breed dogs. Advantages of this method include a lack of bone cuts needed for this surgery and the fact that this procedure can often be performed in general practice (leading to lower costs for the client).

The Tightrope® method also uses a suture that is placed outside of the joint capsule, similar to the extracapsular repair. The primary difference between this method and extracapsular repair, however, is that holes are drilled into the femur and the tibia when performing the Tightrope® method. This allows the suture to be placed into the bone, allowing more accurate placement.

The primary nonsurgical treatments for CCL rupture include activity restriction, weight loss, and physical therapy. Non-steroidal anti-inflammatory medications can help address underlying pain and inflammation, although clients should be prepared for the fact that lameness will persist as long as the joint instability is present.

Custom knee braces may be recommended to assist with stifle stability and improve patient comfort, but there are presently no studies to demonstrate significant benefits from these braces.

At the request of several vets, we have compiled a brief guide for cleaning patient circuits. This guide is a simple reference to give you

Learn more about Dispomed’s veterinary equipment manufacturing with this video

To celebrate our 30th anniversary, Dispomed invites you to see us as never before. Settle in and learn more about Dispomed, your manufacturer and distributor

Verify your Anesthesia Machine Before each Procedure

Learn about a simple and easy method to verify your veterinary anesthesia machine before each procedure. Our technician will show you, step by step, how

How and When to Replace your Dental Handpiece Tips and Burs

Are your tips not working as well as before? The time may have arrived to replace them. Watch this short video which explains how and

Table of Contents Anesthesia is often frightening and used as a scapegoat when a patient dies during surgery. Mortality is commonly used to measure anesthesia

“What should I use to clean my MICROSCOPE objectives?” We recommend using laboratory grade optical cleaning alcohol to clean your objectives. Regular rubbing alcohol is too aggressive on optics coatings. You can