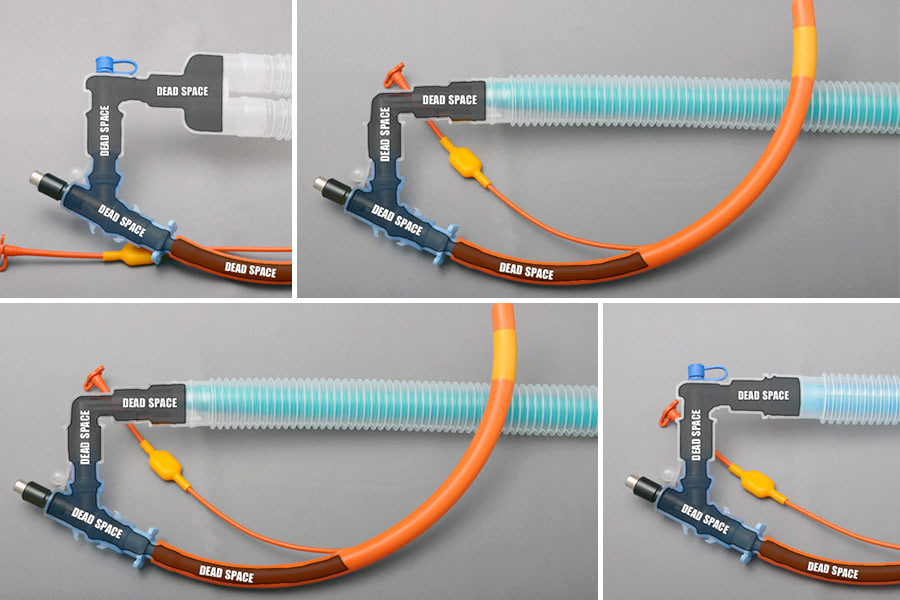 A lot of confusion exists in veterinary practices concerning the definition of dead space in a breathing circuit.

There are 2 types of dead space:

Dead space in the breathing circuit is the space where inhalation and exhalation coincide. Since patients breathe in and out of the same tube, they could inhale unfiltered (containing CO2) exhaled gas.

There are four critical places where you can find dead space: 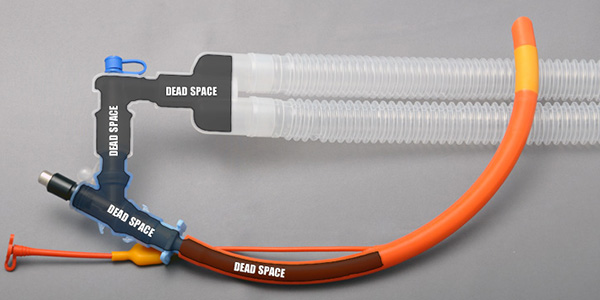 The tubes on the Y circuit do not cause dead space because of the check valves on the absorber. The inhalations of the patient go through one tube and the exhalations through the other. Using tubes with a smaller diameter does not reduce dead space. 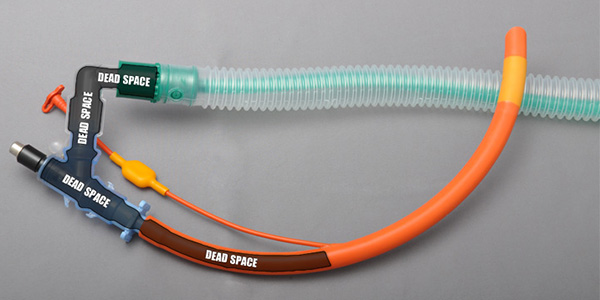 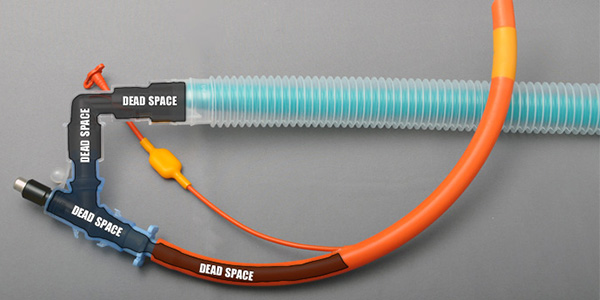 The Universal F circuit has gained in popularity on the veterinary market. It was originally designed as a single patient use circuit in human anesthesia. Its advantages are: better heat recovery and better humidification of the gas. Its disadvantage is that it can be easily connected to the wrong port, therefore, losing all of its advantages. On some models, the inhalation tube is not attached to the connector, which can cause increased dead space.

The Coaxial tube used on re-breathing circuits (not to be confused with Bain tubes) is similar to the Universal F, but without the disadvantages. It has an inhalation tube attached and cannot be connected backwards. It was designed as an improvement to the Universal F.