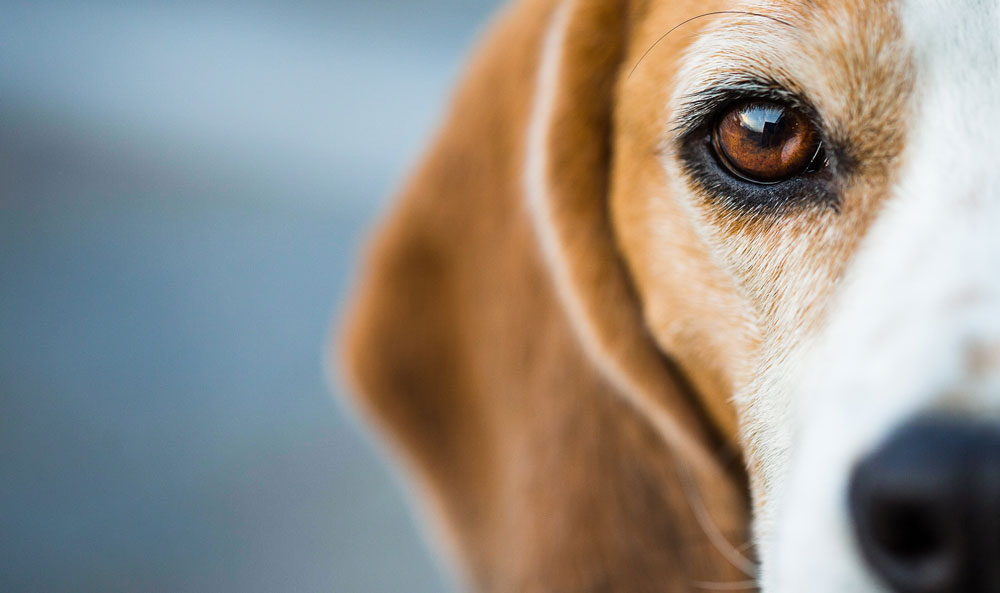 There are two types of Cushing’s disease:

In this condition, a functional adrenal mass produces excessive cortisol.

In dogs, approximately 85% of Cushing’s disease cases are pituitary-dependent and 15% are adrenal-dependent.

This test is sensitive but not specific. A dog with a normal UCCR can be assumed to be free of Cushing’s disease, but a dog with an abnormal UCCR requires further testing to confirm the diagnosis.

This is often regarded as the screening test of choice for Cushing’s disease, because in addition to being relatively sensitive and specific, it can often help distinguish whether a patient has pituitary-dependent or adrenal-dependent Cushing’s disease.

In the 15% of dogs diagnosed with adrenal-dependent Cushing’s disease, the recommended treatment is adrenalectomy of the affected adrenal gland. In many cases, the contralateral adrenal gland has atrophied due to the high cortisol production of the affected gland; therefore, dogs may require careful monitoring in the early postoperative period.

Furthermore, the anaesthetic management for adrenalectomies presents unique challenges because of the high incidence of complications. Proper equipment and preparation for anticipated problems, including availability of resuscitative fluids and short-acting drugs, is recommended to minimize the risks of negative outcomes.

Dogs with pituitary-dependent Cushing’s are treated with one of two medications: mitotane or trilostane. Mitotane is the conventional treatment for Cushing’s disease; it is an adrenolytic agent that is given at higher doses during an induction phase, then in lower doses during a maintenance phase. Mitotane must be given with caution, because overdosage can lead to hypoadrenocorticism (Addison’s disease), which may be irreversible.

Trilostane, in contrast, is a newer drug; it works by inhibiting steroids with minimal adverse effects. In the years since its introduction, trilostane has become the preferred treatment for pituitary-dependent Cushing’s disease because of its minimal side effects.

A phenomenon known as “meal-induced hyperadrenocorticism” has been identified in dogs, although it is relatively rare. In these dogs, a genetic defect results in glucagon inhibitory peptide (GIP) receptors being expressed in the adrenal glands.

Glucagon inhibitory peptide is produced by the stomach during every meal; in dogs with meal-induced hyperadrenocorticism, this GIP acts on the aberrant adrenal receptors, resulting in the production of cortisol. While this type of Cushing’s disease is associated with eating, however, it is not associated with any characteristics of the pet’s diet.

Reviewing the literature in both human and veterinary medicine, there is no evidence to support the claim that Cushing’s disease can be managed through the use of a low-carbohydrate diet. While anecdotal evidence abounds on the internet, there have been no controlled studies to demonstrate the efficacy of this treatment.

Clients who search the internet may learn of, and ask about, a herbal supplement called Cushex. This supplement is made of dandelion, burdock, astragalus, licorice, eleuthero root, vegetable glycerine, and deionized water. The manufacturer of Cushex does not, however, provide any information about what quantities of these substances are contained in the supplement, nor on its proposed mechanism of action.

Some clients report that their pet’s signs of Cushing’s disease resolve with the use of this supplement, but this could be due to a placebo effect and there is little information available on the true safety or efficacy of Cushex.

In addition to these concerns, the company that manufactures Cushex is not a member of the National Animal Supplement Council (NASC), which is an organization that helps to ensure the safety and quality of pet nutritional supplements. Therefore, even veterinarians who are experienced in and comfortable with alternative therapies typically recommend avoiding Cushex.

Clients who wish to pursue alternative therapies should be referred to a veterinarian who is well-versed in the appropriate use of these treatments. 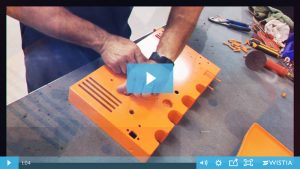 The painting process of your veterinary equipment

NEW painting department to personalize your equipment! For several months, our team of welders has worked on the manufacturing of our paint room and oven. 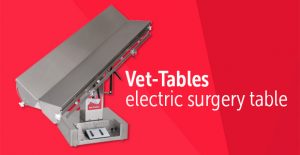 You can now get a Canadian made electric surgery table designed exclusively for veterinarians: 4 or 5-foot length, V top, heated top, and manual tilt. 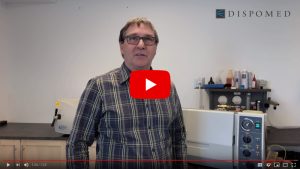 Why is it important to use distilled water in dental machines and autoclaves?

In this video, our technicians will explain the difference between distilled water and mineral water. You will therefore understand the importance of using distilled water in dental machines and autoclaves. 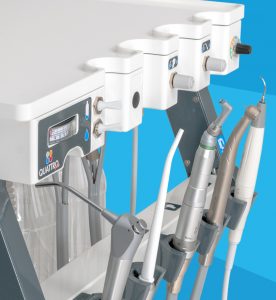 The NEW Highdent Quattro Plus Presented by his Creator

Video transcription Hi everybody! Welcome to another Dispomed video. Today, I’d like to present my new baby the Highdent Quattro Plus. I designed this new 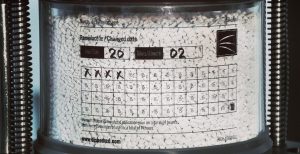 How to Detect Soda Lime Exhaustion?

Introduction Soda lime is responsible for the elimination of carbon dioxide (CO2) in rebreathing circuits. When exhausted, CO2 accumulates in the circuit and is rebreathed